2nd Asian Public Mental Health Congress will provide the psychiatrist and scientists to present their latest research works in the areas of depression, addiction, anxiety and bipolar disorder. It aims to nourish the discussion among researchers and key investigators from multiple disciplines of psychiatry & neuroscience areas to place depression research in the larger context and ideally advance new discoveries. The Asian Public Mental Health Congress will bring together an interdisciplinary and international team of mental health professionals, psychiatrists and researchers from the areas of psychology, environmental, genetics, and chemistry.

Participation by students and young investigators will be strongly emphasized which gives them the opportunity for fresh insights and new alliances.

The Asian Public Mental Health Congress will present in-depth coverage of recent advancements in this exciting field, in an informal setting designed for maximal networking among the participants. The congress will bring together physicians and researchers in both academia & industry, providing an ideal environment for the presentation and discussion of cutting-edge findings. We seek to attract physicians & scientists from across all sub-disciplines of psychiatry to provide a synergistic cross-fertilization of ideas and concepts.

Pleno-Networking will accelerate the pace from divergent backgrounds & disciplines of groundbreaking discoveries and will include ample time each day for science discussions and casual social interactions.

Your attendance at APMHC 2021 will be a rewarding experience and we look forward to welcoming you!

Depression:  Depression is a common mental disorder and one of the main causes of disability worldwide. Globally, an estimated 264 million people are affected by depression effecting more women than men.

Schizophrenia and other Psychoses: Schizophrenia is a severe mental disorder, affecting 20 million people worldwide. Psychoses, including schizophrenia, are characterized by distortions in thinking, perception, emotions, language, sense of self and behaviour.

Dementia: Worldwide, approximately 50 million people have dementia. Dementia is usually of a chronic or progressive nature caused by a variety of diseases and injuries that affect the brain, such as Alzheimer's disease or stroke

Centre for Dementia in Sarajevo, Bosnia and Herzegovina

“PROGRAM AT A GLANCE”

"Humor and resilience during crisis"
- Osman Kucuk, Centre for dementia in Sarajevo, Bosnia and Herzegovina

"The journey from self criticism to self compassion: An empirical study"
- R. Sudha, Avinashilingam Institute for Home Science and Higher Education for Women, India

"The relationship of resilience, meaning of life and psychological well-being among adolescents"
- M. Buela Philomina, Avinashilingam Institute for Home Science and Higher Education for Women, India

"Effectiveness of cognitive behaviour therapy in enhancing self-efficacy and psychological well being in the caregivers of special children"
- M. Anitha, Avinashilingam Institute for Home Science and Higher Education for Women, India

"If you cant find It in 30 seconds, Its in the wrong place"
- Evelyn Gray, Certified Coach, Consultant, Speaker & Author, USA

“Join the discussion now with the Key Investigators“!

“OUR COLLABORATORS AND PARTNERS” 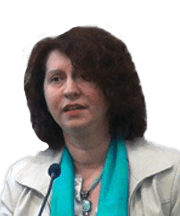 I found the conference very informative of high quality and exposing broad concepts about origin and treatment interventions for depression from a varied clinical and cultural perspective! Enjoyed it very much and look forward to future ones and am happy if invited again

The Congress was an opportunity not just for professionals – but more importantly university students and future therapeutic mental health experts. The topics of discussion were of a serious nature and were presented with clarity and direction. 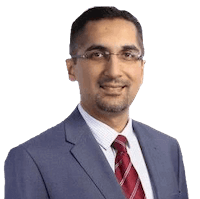 The quality of the presentations was superb, they were on a range of topics covering whole lifespan, and various fields in Neuroscience. Excellent organization to ensure such a truly International event runs smoothly without any glitches. Thanks for the opportunity 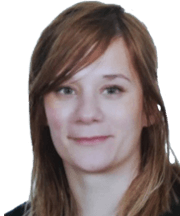 The conference was very well organized with people around the world. Exposures were very interesting and informing. Sure, will attend next year as well